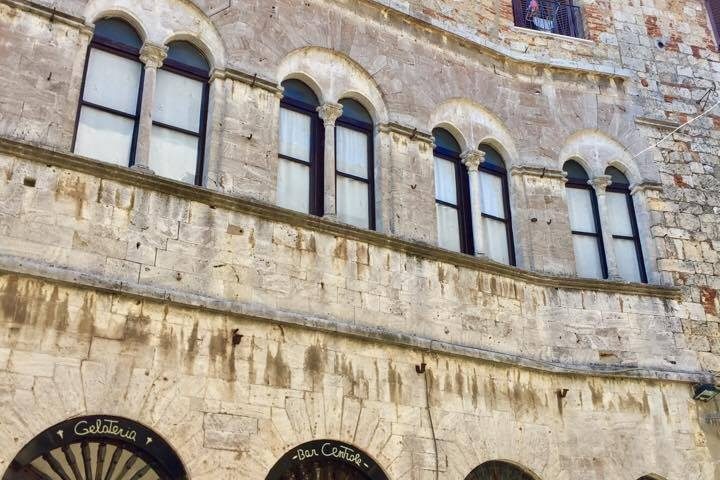 Once you cross Piazza Garibaldi, keeping the cathedral behind you, you will walk through Corso della Libertà. Here, on the left side you will find this building, dated back to the XII century. It was owned by the Pannocchieschi family, one of the most ancient and powerful families in Volterra, who had large properties in Maremma and around Siena. To this family is also linked another famous figure: the dantesque Pia dei Tolomei, wife of Nello Pannocchieschi. Stories say that the latter was extremely jealous and for this reason decided to lock his wife up in one of his castles in Maremma, where she eventually tragically died.
The façade is in fourteenth-century style and it is decorated with several double arched windows that were restored in the XIX century.