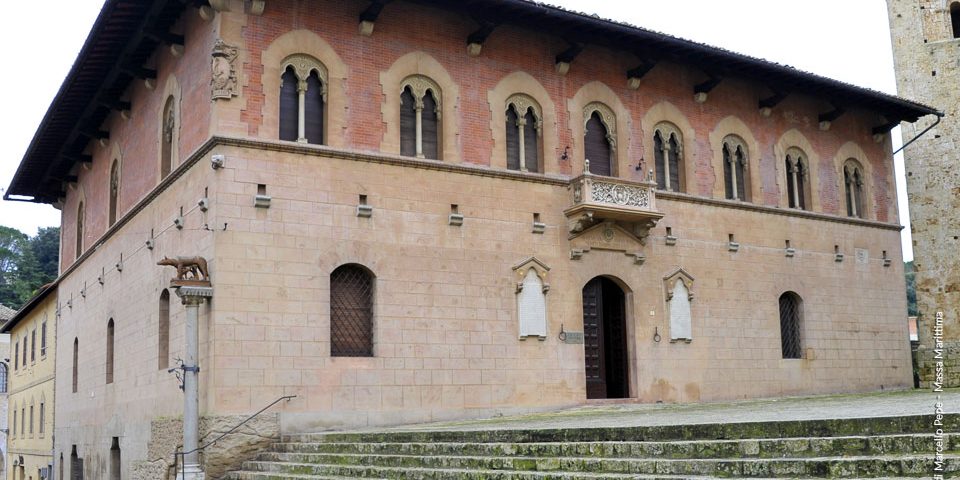 It is a medieval construction and it was originally the Lord Vicar’s residence. It was then taken over by the Church and it eventually became Massa Marittima and Populonia’s Diocese headquarter in 1603. The Palace faces Piazza Garibaldi and it stands opposite the Cathedral. You can reach the main entrance climbing up the stairway and making your way through the church square.

The building was strongly renewed at the beginning of the XX century. On the rear wall, facing the Abundance Springs, a fresco entitled “La predica di San Bernardino” was made by the painter Giampaolo Talani in 1922, at the request of Bishop Comastri. 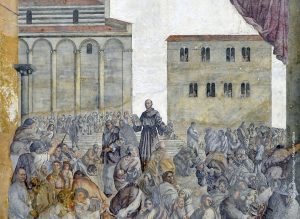 At the bottom of the huge stairway you will notice a high granite pillar: there, the authorities used to hang their public notices. A wolf-like sculpture took its place on top of the pillar in 1474: that was the symbol of Siena, the city that conquered Massa Marittima in 1335.