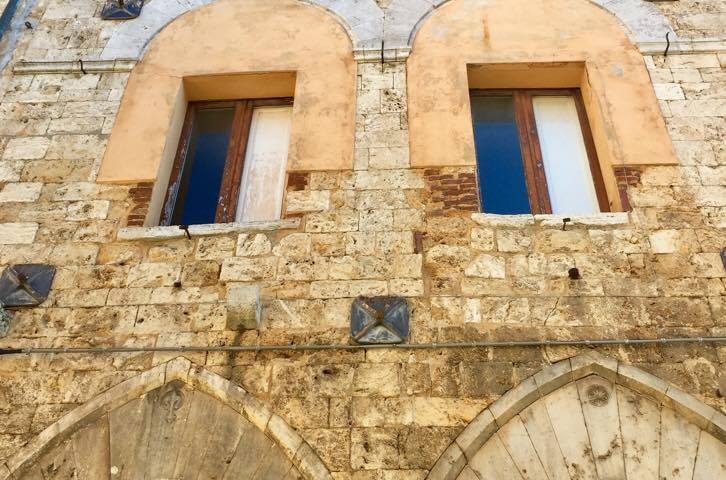 The building is located in Via Norma Parenti, the main road in the Terziere of Borgo. The facade is characterized by two pointed arches on the ground floor, above them you can see two double arched windows in travertine. The Mint was established by the Independent City of Massa Marittima at the beginning of the XIV century, when it had reached the peak of its economic power through the mining activity.
Minting was a proof of power and independence for Massa Marittima; silver and copper were extracted and used to mint three types of coins: the Grosso, of the value of 20 denari , the Grossetto, of the value of 6 denari, and Denaro Piccolo.

The production of coins didn’t last long(1317-1335) and it stopped when Massa was conquered by Siena.
With the supremacy of Siena, the palace became property of the Church until 1603; it was connected to the Biserno’s Palace in order to expand the Bishopric Building.
Today the coins of the ancient Mint are a rarity: two of these ( The Grosso and the Denaro Piccolo) are now displayed at the Archaeological Museum. 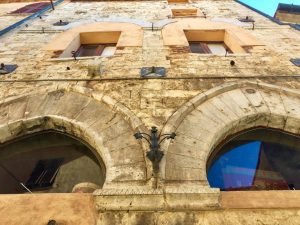