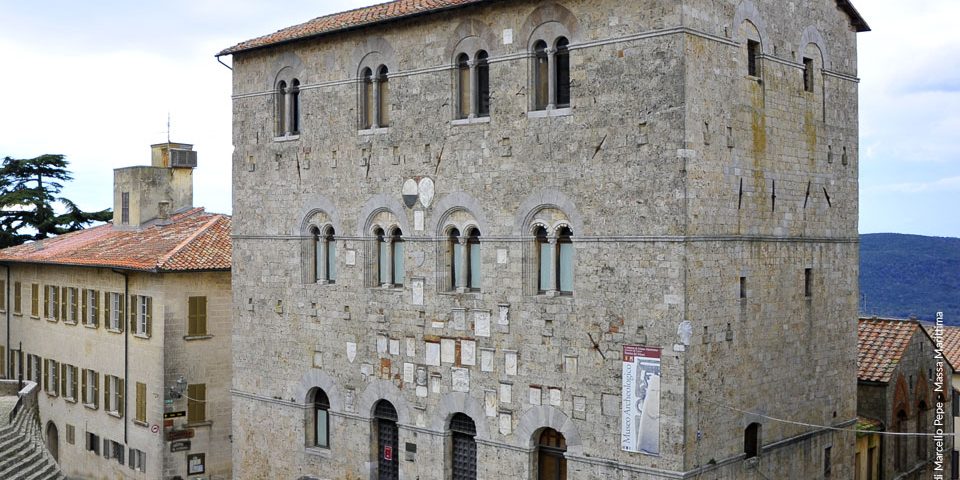 Also known as the Justice Palace or The Magistrate Palace, it overlooks Piazza Garibaldi and was built around the first half of the XIII century, after Massa Marittima became independent (1225). The structure hasn’t been architecturally changed but the building has been employed to carry out various functions through the centuries. It was originally created to be the Podesta residence, the highest authority, whose role was to take care of justice affairs. A multitude of crests can be noticed on the façade: they all represent the Lord’s families who ruled Massa Marittima through time. Two examples are the black-and-white Balzana and the rampant lion, both symbols of Siena.

The building has also been used as court and more recently as prison until the ’70s. It is nowadays the Archaeological Museum of Massa Marittima, organized in two main sections: the prehistorical and the Etruscan one and the Tourist Office.

Something curious…
On the façade, next to the stairs that lead to the entrance, if you pay attention you can notice two elements that you would otherwise ignore. The first is a 1,6mt long horizontal groove, once called “braccio massetano” (braccio=arm): the ancient measurement unit of Massa Marittima. The second is a big iron ring embedded in the travertine: this is the berlina (pillory), where the prisoners sentenced to death used to be tied up to be publicly displayed.