It is a traditional festival based on a medieval game and takes place twice a year: regularly on the 4th Sunday of May, and on 14 August.
Its origins date back to the XIV-XV centuries, when Massa Marittima was a Free and Independent City.
It is a crossbow competition among the three Terzieri (or medieval neighborhoods) of Massa Marittima: Cittanuova (literally New Town), Cittavecchia (Old Town) and Borgo. It takes place in Piazza Garibaldi, just in front of the Cathedral.
The festival consists of three different moments: it starts with a parade, with over 150 people concentrating into Piazza Garibaldi showing their medieval costumes; then the flag wavers begin their show and finally the crossbow game begins. 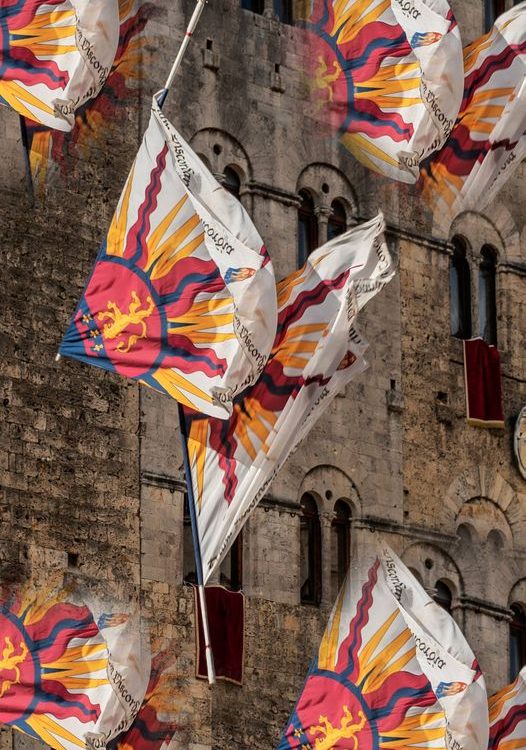 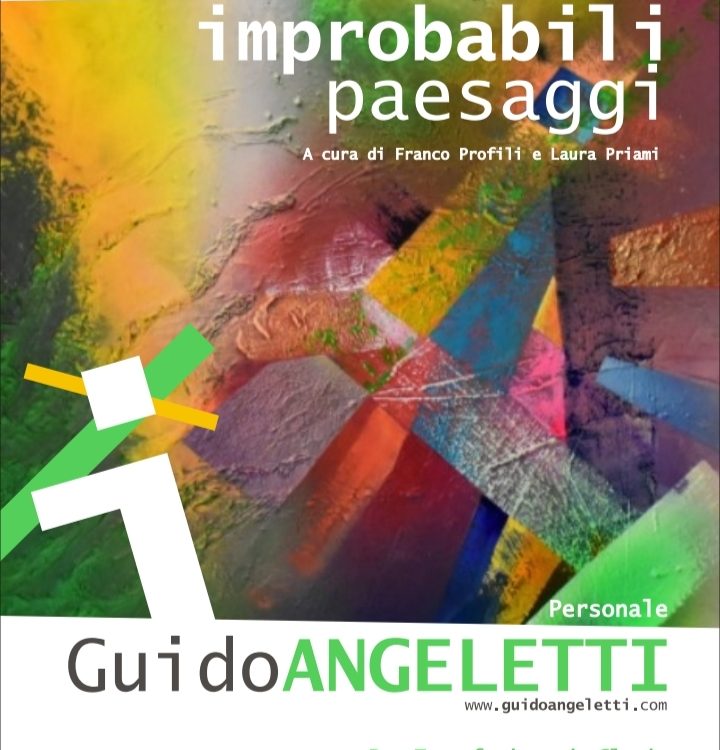 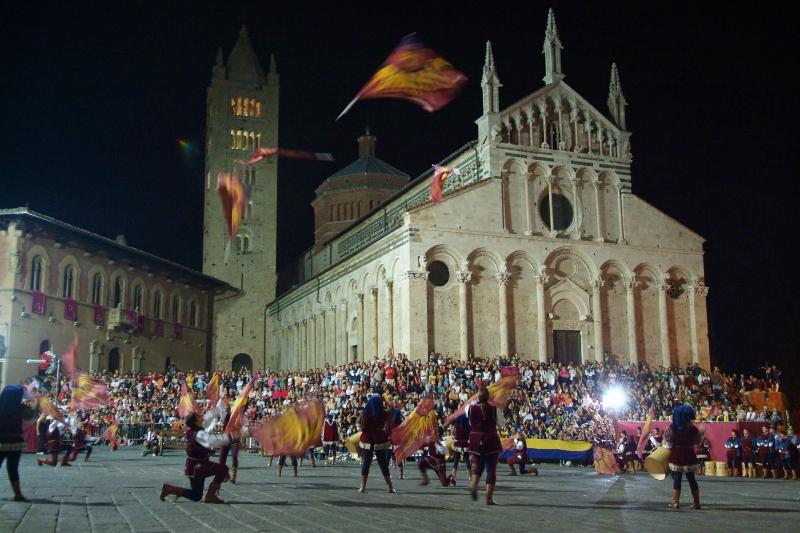